EWR to LIS to BOD

Been struggling a whole bunch with my Camino writing. With the year anniversary of the trip, I’m going to try and touch on each day just for memory’s sake. Some may be long,lofty posts, others just a picture with a sentence about blisters. But here we go.

Before our journey, Bordeaux made me think of two things: wine (clearly) and a very strange scene we’d performed in my London acting conservatory. I couldn’t tell you a darn thing about what happened in the scene, except that a character said “Bordeaux” all drawn out and with a thick, Southern-American accent. Who can say why. Theatre is strange.

Anyway, luckily for us, Bordeaux was an obvious place to rest our heads before Christina and I started our hike across Spain on the 7th. If you’re planning your own pilgrimage, work in nap time. Seriously, don’t hike while jet-lagged if you can help it.

I usually can’t sleep on planes, and our red-eye from Newark to Lisbon and then Lisbon to France was no exception.

My anxiety likes to rear its ugly head when I haven’t slept well, making the particularly small plane we packed into that flew over Northern Spain extra stressful. Yay for me. Not only was I seated alone, but reality really flooded in as we flew in the opposite direction of our upcoming pilgrimage.

Crossing the Pyrenees struck an extra rough chord in me. In just three days, we’d be heading over them in the other direction, on foot. The last time I’d crossed, we hit terrible weather–rain that turned into sleet. And though it’s a great story now, it wasn’t so grand at the time. What had I done? I’ve been here, I’ve done this, why did I convince myself to come back? I could be sitting by a lake with Ben’s family in Western Pennsylvania, drinking craft beer and planning out my next nap.

I’d call myself a backseat pilot. I’ve gotten better at it, but I’m still pretty dreadful. When planes go to land, every terrifying scenario runs through my head, including, “The pilot doesn’t notice that we’re too low to land on the runway! Someone must tell him! It must be me!” No, of course I’ve never acted on this, but I sure do seem to believe I’ve gone to flight school in those moments.

A father and his two children sitting in the seats across from me must have seen my body and face distort into a panicked state, because I looked over just before landing to catch all three of them staring with concerned smiles.

“Esta bien” the man assured me, “Safe!” he made a flying motion with his arms to make me laugh. I love the kindnesses that arise when two people communicate without a shared language.

We landed–in one piece–and adrenaline stepped in to remind me that I was still driving the ship. The travel control freak that I am, I’d booked the apartment and looked up how to get an Uber in Bordeaux (super easy). With our luggage all accounted for, Claire, Helen, Christina and I headed off to our friendly Uber driver waving in the nearby parking lot like an old friend. After our trip, one of us left our cardigan in the car and he looped the block and waited just to return it. What a delightful human.

The plan was to hang as the four of us in Bordeaux for two nights. Christina and I would heal from jet lag and we’d all enjoy some great wine. Then, we’d part, Claire and Helen heading for beach time in Barcelona and Christina and I to hike 500 miles of the Camino Frances, for me, a second time for reasons yet to be determined.

The transition to our AirBNB was smooth and simple, my months of fail-safe planning at my old office job (which I’d just irresponsibly quit) truly paid off, and we settled into our adorable artsy loft, tucked into the back of an ornate, stone building with a bright blue door. 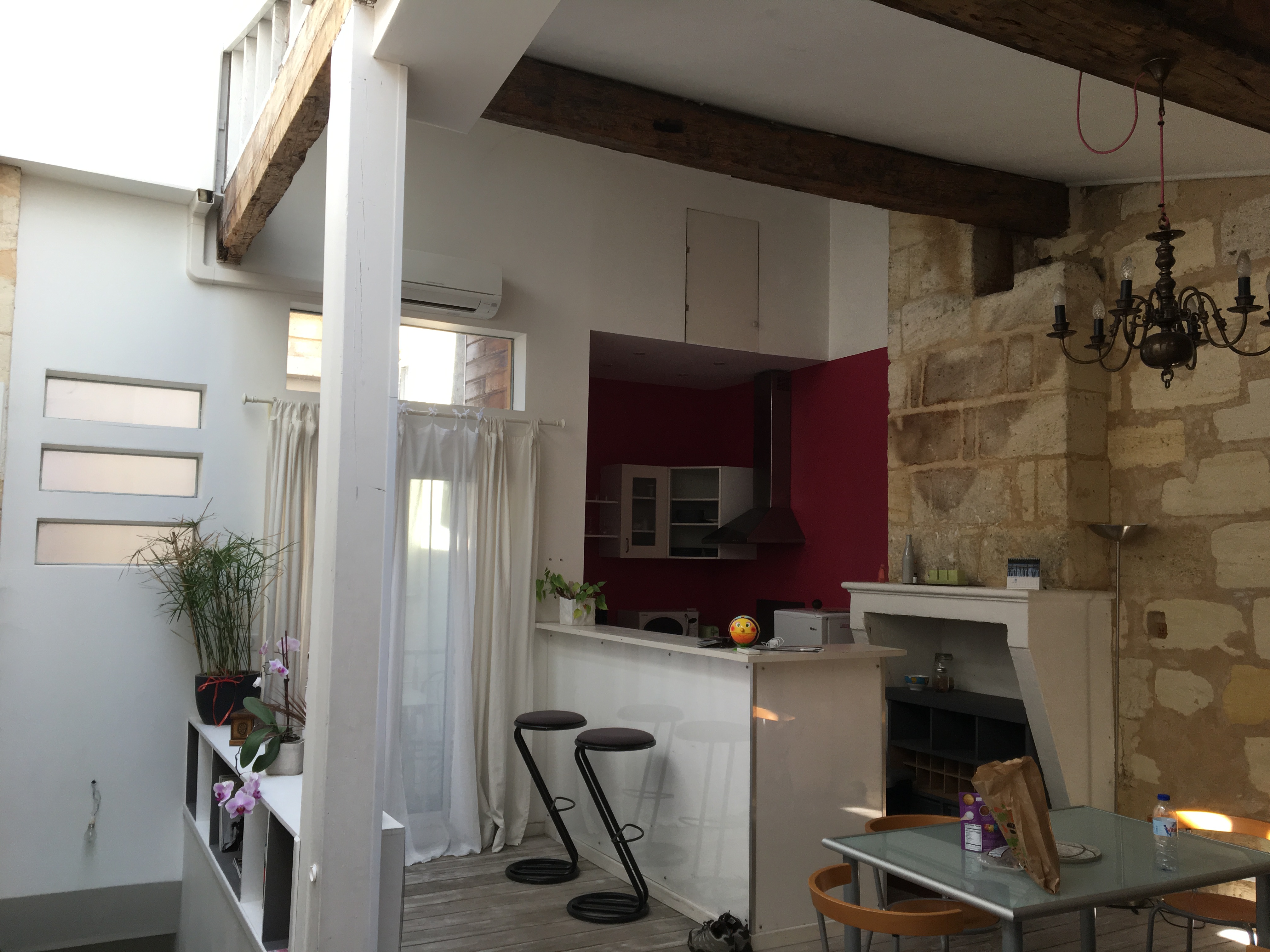 It takes you a long time to process that you’re in another land, especially when you’re so low on sleep. But, after battling–nearly to tears–with getting my phone to switch to international settings (again, I’m a grouchy insomniac), we ventured out to explore the city and look for food. 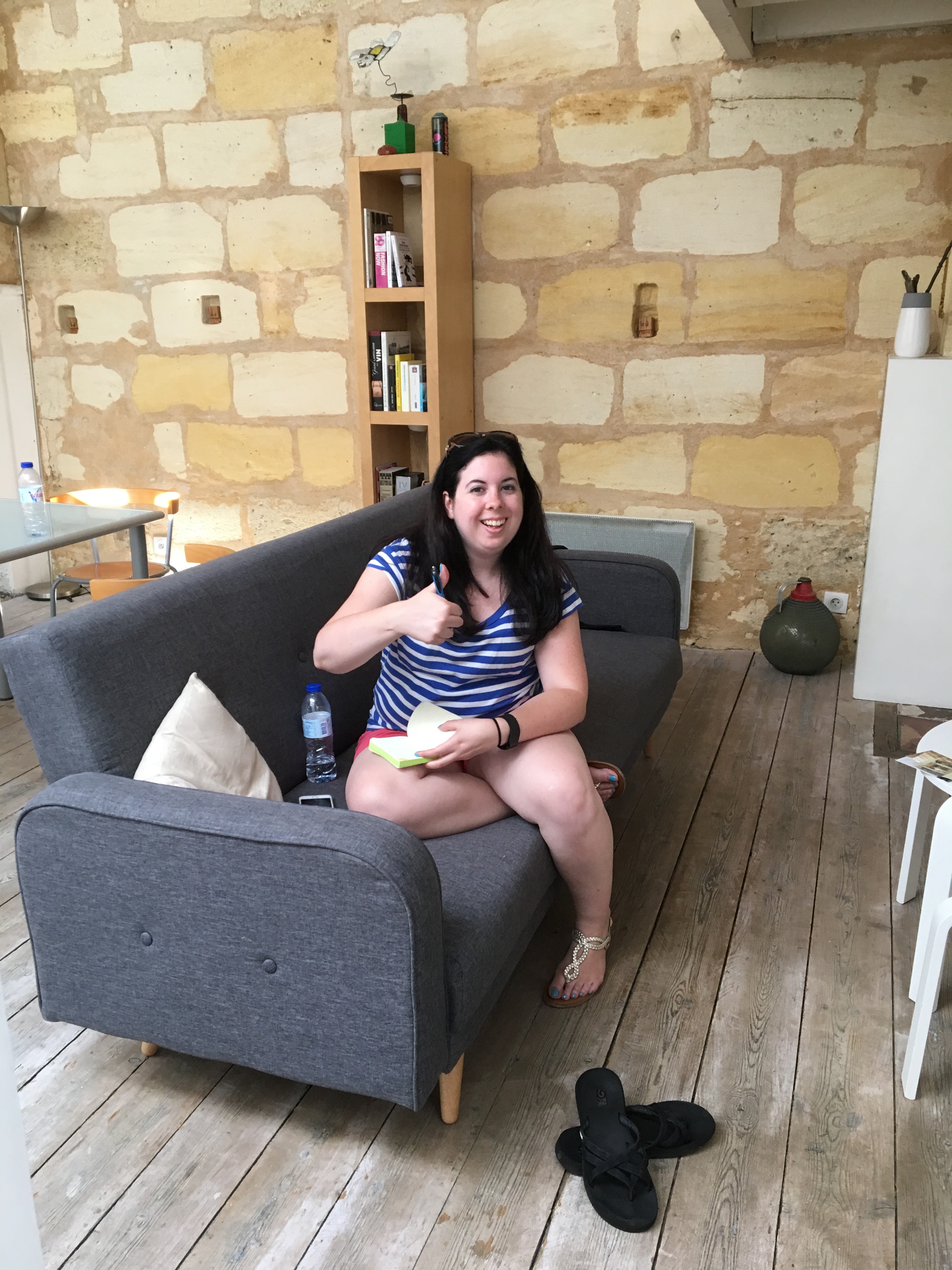 If you truly want to challenge yourself in a new country after a red-eye flight, go to a grocery store. Every country seems to have their own system of decorum, and without question, I never figured out what I was supposed to do in line in either France or Spain. I know that you gave your groceries directly to the checkout person before they send them rolling down a ramp. I realized pretty quickly from looking around me that I was supposed to bring my own bag and chase after my items to keep things moving along. As someone who only longs to blend in and be polite–especially as American in another country–I was the asshole in the check-out line fumbling to figure out how to ask for a bag in broken French. Man, I needed some sleep.

When the evening finally came, and we’d taken some time to recuperate (read: drink wine), we went off to explore the neighborhood and look for dinner. 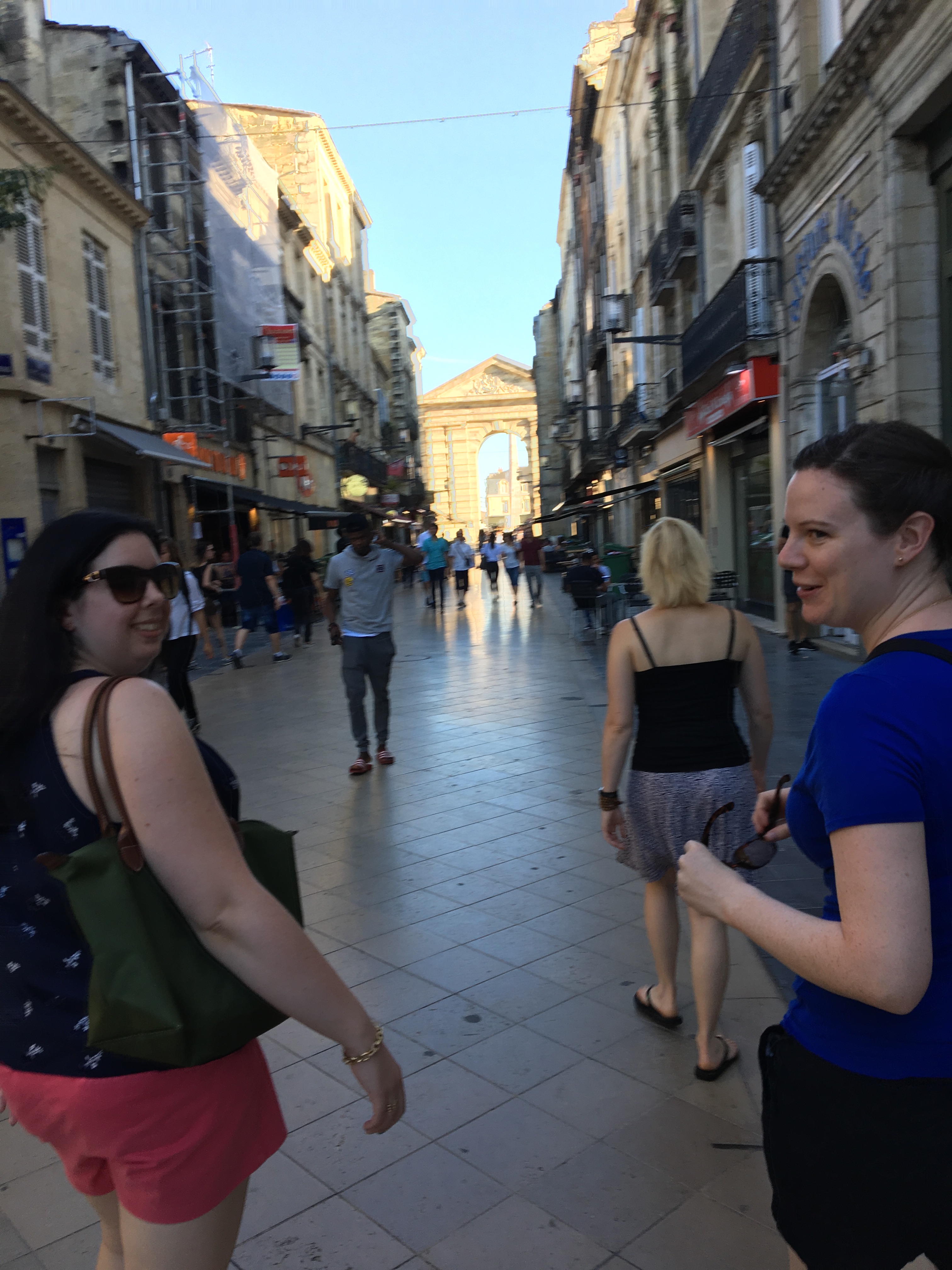 The nervousness of that day shrouds most of the details, but I remember taking a picture with a large metal turtle and a beautiful column–both of which, it turns out, celebrate the Bordeaux wine industry–and eventually choosing an al fresco restaurant, right on the square. After a few glasses of wine, I settled into the 90-degree heat of the long, French evening.

The alarms in my mind slowly dissipated for the first time since I’d tearfully left Ben at the departures gate. I was here, and I had plenty of time to worry about my pilgrimage tomorrow. Tonight, I was in the Place des Victoires, drinking rose and watching dogs run around a giant monument to wine.

One response to “EWR to LIS to BOD”