Trapped in an Elevator in the City of Roosters 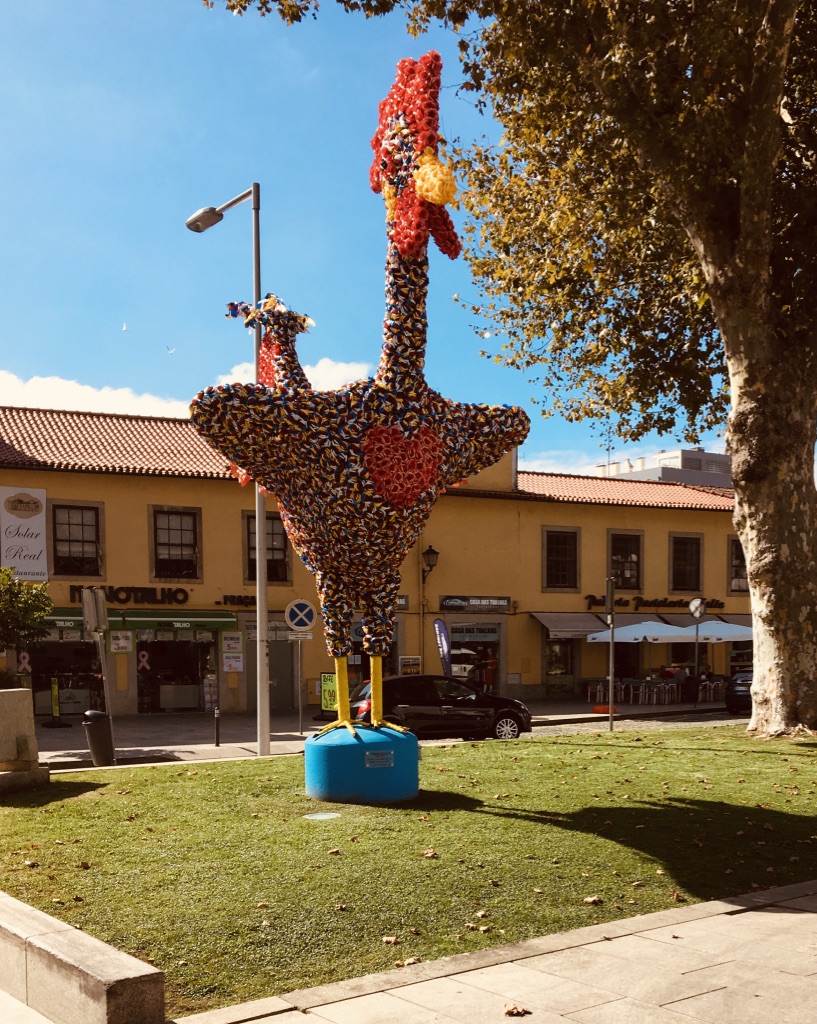 I’m feeling pretty drained today, my friends, so I’m gonna keep this a short chapter in my Camino story. But, here we go.

During my first and second Caminos, the third day of hiking was rough on both my body and mind. VERY rough. On both occasions, I injured a muscle in my ankle (yes, the same ankle) and hit my limit of insomnia. In 2017, I could barely straighten my left foot or put pressure on it during the day. I still walked, but you better believe I yelled the whole way.

So, on this trip, I was waiting for the other shoe to drop.

The shoe, somehow, did not drop. I wouldn’t say I slept soundly, however. The metal bunk beds were the old-school public hostel type, much more like the Camino I knew in 2009. They clanged when you shifted in the slightest direction and the rubber mattresses squeaked against your sleeping bag.

For the first four hours of the night, I laid still like a mummy, trying desperately not to wake my 11 roommates. I must have finally knocked out right before the sun came up because when I opened my eyes, the room was filled with morning light and the beds were nearly empty.

Startled at forgetting to set an alarm, I pulled my things together and hobbled into the hallway to organize. As we prepped to head out, I apologized to some of my roommates for the squeaky beds.

“I did the same thing!” one person yelled.

“Same with me! I laid up half the night scared I was going to wake someone up!” another person said with a laugh.

It turns out that we all laid awake all night, as still as monks, worried about waking everyone else. It’s a sweet–and hilarious–image if you think about it.

I was pleased to find that despite some normal aches pains and small blisters, my body was not a mess. Day three on the other Caminos almost sent me home both times. There were tears and frustration and limping 15 miles. But here? I may have been tired, but I was still intact. It took three Caminos to learn to take my damn time.

The walk for the day was comparatively a quick one–I’d anticipated being in bad shape and just happened not to be. I walked with Michael for a while and talked about politics. He taught me how the German election system worked and I raged about the electoral college.

We eventually caught up with the group and walked in pairs and threes, weaving in and out of different groups as the day went on. The scenery before Barcelos–what there was of it–was nothing to write home about, but I was learning that this was often the case. It seems that local towns have won the battle to put highways down the middle of the Camino on more than one occasion, an issue I know the community it trying to remedy. My app explains that alternate routes are popping up, sending pilgrims into the woods instead of alongside the freeway.

Nevertheless, we were headed for Barcelos, a town I was excited to explore. Much like a famous tale on the Camino Frances, Barcelos is themed around a story about a rooster who saved an innocent pilgrim’s life. I love these types of things. Here we go.

In a nutshell, the story goes that a pilgrim was accused of a crime he didn’t commit and was about to be hanged. In a final plea to the judge–who happened to be in the middle of eating a chicken dinner (like you do, when sending someone to the gallows)–the pilgrim exclaims that if he is innocent, the dead rooster on the judge’s his plate will get up and crow.

And–you guessed it–just as the pilgrim is about to be executed, the judge’s chicken dinner stands up and lets out a yell. The man was released and now the city–and country of Portugal–celebrates this myth with the rooster symbol.

There is a story for the town of Santo Domingo De La Calzada in Spain as well (also on the Camino), though the myth differs slightly. They keep live chickens in the church year-round.

Barcelos, by the way, is stunning. Between the ancient ruins, beautiful stone streets, and of course, the colorful rooster statues, it is by far one of my favorite towns I encountered.

Julian and I arrived ahead of the group and checked into the albergue where the group had booked ahead together. The kind host–a woman of maybe 30–checked us in and told us to take the small elevator to the third floor.

Though it was a new building, this is one of those elevators like the ones in old-school NYC buildings. For you older New Yorkers out there–it was like the Drama Book Shop location before it moved to 40th street (crosses self that Drama Book will come back). I used to fear that elevator as a child.

Julian and I backed in with our packs, facing the front of the elevator. It didn’t have a door that closed, so you had to watch the wall moving past you as it rose. I took a few deep breaths, my phobia kicking in. I once temped in a building where a woman was killed by an elevator a month before. And my dad was in an elevator accident (he’s fine). I also have constant nightmares about elevators (crashing, shooting upwards, going sideways, filling with water, you name it!) So, I do not like elevators.

An elevator has never stopped on me before, why would now? I reasoned.

And then, it did. Turns out, there was a sensor between the elevator and the wall. If you breached it, the elevator shut down as a precaution. We did not know this important tidbit of information. The elevator stopped with only half the third-floor doors showing. The lights went off. It went quiet.

“HELLO?!” I yelled to the lady downstairs.

I started to panic. I pulled the alarm system, which alerted the poor woman downstairs, who yelled “I’ll bring the key!!” Luckily, Julian was in medical school. Not like I needed medical care of any sort, but I couldn’t have been trapped in an elevator with a kinder or calmer human being. I was less afraid of the small space and more scared that we would suddenly plummet into some unknown abyss below the hostel.

After grabbing the wrong key the first time, the poor exacerbated host unlocked the elevator and brought it up to the third floor. We escaped, undamaged. Never again! I thought. I apologized to Julian who kindly didn’t want to flee and we had a good laugh. I needed wine. I promised to buy him a drink later. 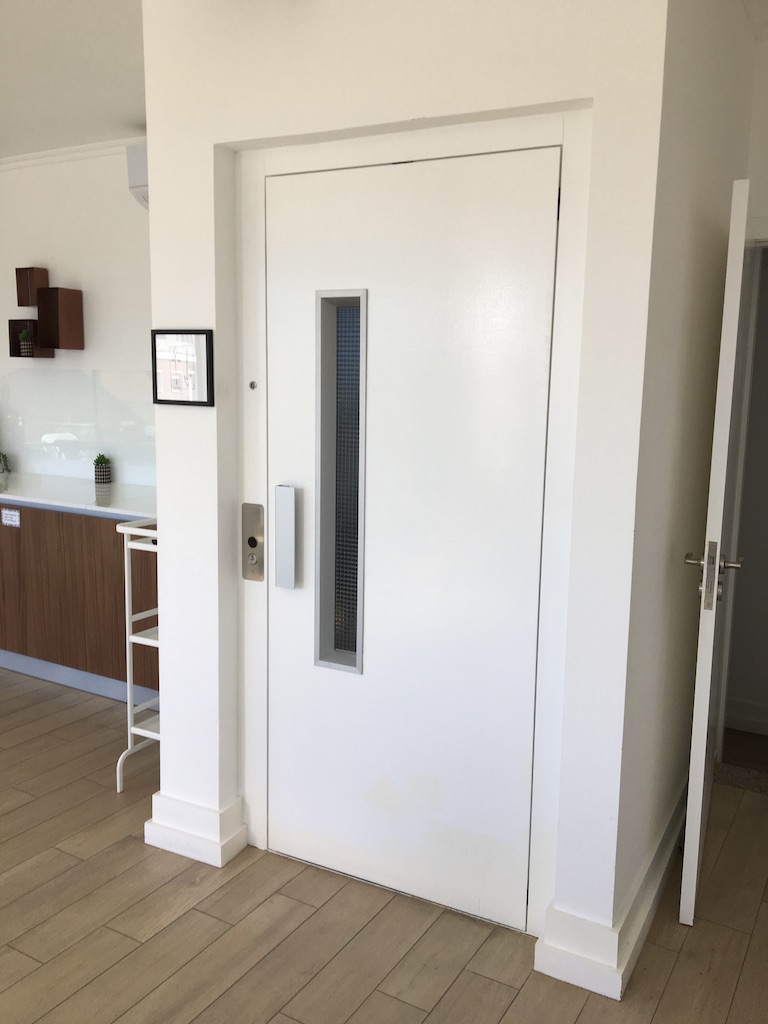 Our friends began to trickle in and they all got a kick out of our little ordeal. I spent the afternoon and evening wandering through the charming town and explored some ruins. I sat at a small bar near the entrance of town and journaled about my bewilderment that I wasn’t broken yet. I knew the challenge would come. It always did. I watched some pigeons drinking from an ancient fountain for approximately two hours as I drank beer and wrote.

Four of us had a wonderfully filling dinner of some mysterious meat in tomato sauce surrounded in roasted potatoes. Paired with wine and 12 miles of hiking, it was the perfect sleeping pill.

Before heading to sleep, I sat in the beautiful lobby on our floor which had a full wall of windows. The town was growing silent for the evening and I could see the lights of towns far in the distance beginning to grow dark. The church lights were still on in the distance and people still mingled at the bars.

As COVID began to spread across Spain and Portugal this past year, this is one of the images I’ve remembered most vividly. I imagined the beds empty, the breakfast tables unused, the elevator sitting at the bottom floor.

But mostly, I always imagine looking down on the sweet town. How are all those people in the town of the roosters? Where is the nice bartender in the restaurant by the fountain in the square? What about the nice host who broke us out of the elevator?

You encounter hundreds of Camino heroes on your journey, many of whom do something as simple as make you a cup of coffee or tell you how to get back on the road when you’re lost. All of my Camino heroes have been on my mind lately.

I went to bed early, knowing there was a bigger day ahead of us and a very special hostel awaiting us at the end of it. I’d researched and planned my hike specifically around stopping there. It was going to be another beautiful sunny day. I took the steps to my room and knocked out.