I started out having a pretty negative week.  On Wednesday, I had one of those “Me against the world” days.  A former job was a week late in paying me, my parent’s insurance company had a “computer glitch” and therefore couldn’t cover me (you read that correctly), another job that pays me in cash wasn’t able to, and the I generally was feeling pretty angry at the world.   Essentially, until Thursday morning, I was broke.  Broke broke.  So yeah, not a great mood.

I am very thankful that Wednesday night things turned around a bit, as they tend to do before I write a blog post.  After getting screwed over by the insurance company, I moped home and bought a scratch off ticket in protest of my bad mood.  And what would you know?  I won enough money to go to my dance class I couldn’t afford.  If you need an affordable dance class at a WONDERFUL studio, trek out to Astoria to Astoria School of Fine Arts.  On Wednesday and Thursday night, Roy teaches, and you don’t want to miss it.  This man could make Eeyore cheer up and dance

The next day, Christina encouraged me to go to an IntenSati class.  What is IntenSati you ask?  Oh!  Well, it is basically a mixture of zumba and the yelling of self-affirmations.  You scream chants about how awesome you are while you punch the air and do pretty intense aerobic moves.  At first, I felt pretty odd.  I couldn’t get Richard Simmons out of my head.  But not even ten minutes into it I was a self-cheerleader kicking and yelling away with everyone else.  By the end, my week had turned around and the whole way home, I couldn’t help but look for the signs of hope around me.  And not just in my own life, but everywhere.  So I did some research…

Proof things are getting better…

The IntenSati class was so inspiring that I have made it my goal for the past 24 hours to find as many signs as possible that the attitude of society on the whole is getting better; and by better, I mean more positive, more compassionate, and more balanced.  It’s very easy to find the negative, especially in a harsh city like New York.  It’s also easy to only find negative and discouraging signs on the news and internet.  When I googled different topics about the overall health of Americans, I mainly came across articles about the increase in obesity and depression.  Which is interesting, because with a little digging, there are studies saying the exact opposite, they just get buried by the negative ones.  My opinion may seem naive.  I am not saying to ignore the obvious problems today, just to combat them with hope.

Gallup is a worldwide research and analysis company which, among many other things, has been surveying a selection of people in the US, UK, and Germany for the past several years on their optimism and mood.

This article is particularly interesting because the studies show that since the economic crash in 2008, the Optimism levels with each person’s local area has surpassed what it was before the crash.  If you go to the site, check out the many other articles and studies, they’re very fascinating.  What’s my point?  Perhaps even when there are so many unsettling things in the world as a whole, there are many shifts nowadays toward a healthier lifestyle and more supportive community.

Another one of my favorite articles is from Learnvest.com, a site geared toward women managing their personal finances.  The article summarizes that a generally positive attitude in your community actually improves your local economy.  Just like we chanted while stomping around in IntenSati, believing that things will get back can actually make things better in reality.

I started writing this blog post with the idea of having tons of great statistics backing up that the world is great.  As positive as I am feeling, I didn’t have the best luck.  It’s slightly too big of a topic to google (i.e. “Is the world getting better?”).  So I went on my lunch break (temping today) and contemplated how to go about this.  I keep coming back to the small things.  What directly affects our day-to-day life are the common things we interact with.  So perhaps the above articles can be explained by those.  Below is a list of my “signs of awesome” or things that reinforce my happy hypothesis: 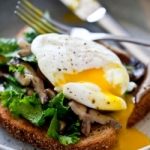 We live in a time of food celebration!  With the development of the “foodie” community, a better awareness of international food trends, and an encouragement for healthy choices, I am very thankful to be eating in today’s world.  Turn on the food channel: both men and woman are chefs.  It is now an art to eat in a healthy way with interesting and unfamiliar ingredients.  I know obesity is still a major problem, but I have hope we are moving in the right direction.  These are simple examples.  But you get my drift.  Keep your eye out.  Vegetarians are taking over:)

I am also thankful for places like Trader Joe’s, where I can buy organic dairy free ice cream at 10pm at night for $3.  Why?  Because I’ve never eaten it.  And it’s yummy. And then I can chat with the cashiers who are happy as clams because they get full benefits for working part-time hours (we chat a lot).   I also can eat at places like Pret A Manger, who donate all of their food to the homeless at the end of the night and promote eco-awareness.  I also can go down to the 30th avenue farmers market in Astoria and get a slew of produce I don’t even recognize for under $5.  My point is that it’s becoming “cool” to not eat endless amount of processed junk.

I keep a Pandora station on in my art class on Thursday afternoons called “Tweens.”  Everyone knows the words to everything.  I started to notice that the general themes of songs geared towards teenagers are very positive these days.  And trust me, a room full of 12 nine-year old girls singing “Firework” is pretty exciting.  I also had the chance to hear Lady Gaga’s mother speak at an event I attended several months ago.  They have started the Born This Way Foundation, a group empowering youth and fighting against bullying.

I also did a project with them at the end of last semester asking if they could invent one toy that would help another human being, what would it be?  I got this idea from a TED talk.  The class of 1st and 2nd graders were ecstatic.  Many people created inventions that helped the blind and deaf (apparently this is the first thing that comes to mind when you’re 9 and you think someone needs help.  Fair enough.)  I also got ideas for toys that instantly cheer you up if you’re sad, magical transporters that connect you with the people you love, and food machines for the hungry.

And so, I have hope in the next generation, even those on the Upper East Side.

No matter what the older generations say, I am thrilled that we are a society that can communicate so easily with one another.  All the options may not solve things like loneliness or feeling alienated, but there are benefits on the surface if viewed positively.  I worked with students from all over the world, primarily from countries that are dealing with a slew of serious problems.  And to see every now and then on Facebook that all is well with them is something that I am very thankful for.

Because of Facebook, I know that when I end a show or a job, it doesn’t have to be the last time I hear from that person.  I know when they are in a show, getting married, or visiting NYC.  I disconnected myself a little bit  from Facebook after the stress it caused in college, so I have to say, a balance is very necessary.

THIS BLOG!  This blog has been one of the most supportive factors in my artistic growth.  A year ago, I was mortified the first time I posted something.  I only told about 10 people this even existed.  The knowledge that people are now willing to take the time to read my writing, give me feedback, and even hit the “like” button on Facebook, sends me to the moon.  I am now writing a play and a book about the camino.  So my advice for those who feel uncomfortable about starting to write: people are overwhelmingly supportive if you give them something of yours to support.  What you need to say may be what someone needs to hear.  So write it.

I would LOVE LOVE LOVE if we kept a conversation going about what positive things give you hope.  Something big or something that seems small.  Either way, I do feel that if we all even make the smallest effort to believe things are getting better, it will continue to grow in that direction.

Here’s to hope for more happiness! 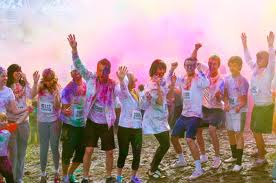